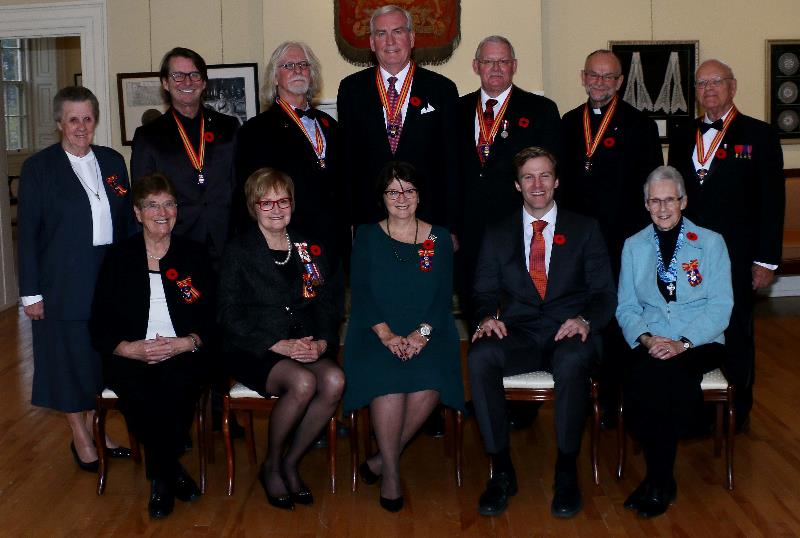 Ten accomplished individuals were invested into the Order of New Brunswick this week by the chancellor of the order, Lt.-Gov. Jocelyne Roy Vienneau, at a ceremony at Government House in Fredericton.

“Today we celebrate these outstanding New Brunswickers, their many accomplishments and countless contributions to the economic, cultural and social fabric of our province,” said Premier Brian Gallant. “Through their actions and community involvement, these women and men have demonstrated their commitment to our province and have made a real difference.”

The new members are:

The Order of New Brunswick was established in 2000 to recognize individuals who have demonstrated a high level of excellence and achievement in their particular field. Since 2002, more than 130 accomplished individuals have been invested with the order for their dedication and service to the province, its people and communities.

“As appointees to the Order of New Brunswick, these individuals represent the very best of our province and contribute greatly to our goal of making New Brunswick the best place to live, work and raise a family,” said Gallant.

The 2015 inductees were presented with a medal representing the provincial flower and the shield of arms as well as a special ribbon in the same colours as the shield. Members of the order are entitled to use the initials ONB after their names.

7 Responses to Ten Invested into Order of New Brunswick