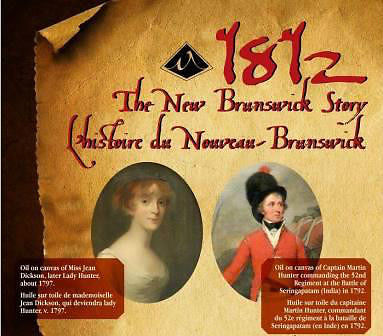 On June 18, 1812 the United States declared war on Britain and placed His Majesty’s colonies in British North America (now Canada) in peril. Already fighting a life and death struggle with Napoleon, Britain had no desire for a conflict on two fronts.

The United States, on the other hand, felt their young independence threatened by a British embargo on American trade with France, the seizure of British deserters on US vessels at sea and action to prevent American westward expansion.

The war was by no means unanimous. Residents in the northeast exposed to the might of the Royal Navy were opposed but a powerful lobby in the south and west known as The War Hawks had no such fear. British North America presented an inviting target and was, in their view, unfinished business from the American Revolution. For most living north of the border, it would be their second war with the same enemy in a generation.

This is the New Brunswick story.