Public Notice is hereby given that the Common Council of The City of Saint John intends to consider giving third reading to the bylaw entitled, “By-Law Number M-12, A By-Law respecting the Regulation and Licensing of Owners and Operators of Vehicles for Hire in The City of Saint John” at its meeting of June 27, 2022.

The Saint John Transit Commission performs an annual rate review of the Vehicles for Hire By-Law. As part of the rate review, several improvements were recommended to the by-law wording itself. These changes will help streamline regulation and bring the by-law more in line with similar by-laws in other jurisdictions in the region. Council intends to amend the Vehicle for Hire By-Law to incorporate changes previously approved by Council; and some additional changes to the By-law in to bring it into alignment with the terminology used in the Management Services Agreement for the SJTC, Council’s passage of a Rideshare By-law, and some general administrative updates.

In part, the changes provide for:

In accordance with the Local Governance Act, the bylaw will be read in summary only, if no member of Council objects. 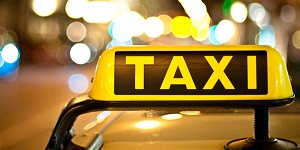