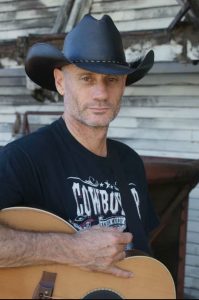 Cairns based singer/song writer Robert Ross has released his latest single from his album “It’s Never Too Late”. His song “I Will Rise” (CRS Digital and Checked Label Services) deals with the issue of domestic violence.

Robert states: “The song “I Will Rise” is an empowering song that touches at the heart of all of life’s challenges.  Domestic violence and abuse does not discriminate and everyone is susceptible, be it man, woman, young or old.  It knows no boundaries when it comes to race, colour, beliefs, or challenges.  “I Will Rise” sends a strong message that no matter what your current situation is, or has happened in your life, you and I will rise above it all.”

The video of the song produced by Steven Byers of Camera Works tells the story and can be viewed by clicking the link below.

Robert Ross was born in New Brunswick, Canada.  He moved to Australia in 2009 and became an Australian Citizen in 2014.

Robert has become immensely popular in the Cairns region while performing live for many audiences over the years.  He has also entertained throughout Australia, and internationally in Nashville, USA and Canada.