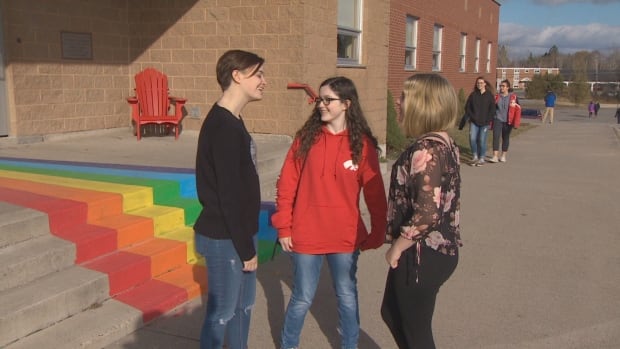 A group of students at Rothesay High School are putting a new spin on the rainbow crosswalk, painting bright colours on a staircase in hopes of making LGBT students feel welcome.

Julia Fitzgerald, Grace Finley and Bridget Lockyer are the students behind the the colourful staircase.

“Once we had the idea, it happened,” said Lockyer. 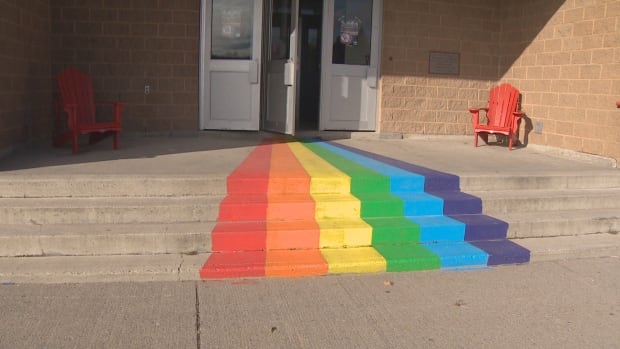 The three girls said instead of having to fight for it to be painted in the community, they painted the rainbow on their school’s steps. The paint was donated by the local Benjamin Moore store and the supplies were purchased by the school. (Brain Chisholm/CBC)

Many other communities have faced controversy over rainbow sidewalks and flags but the girls said the steps of the schools belong to the students.

“For the steps, we didn’t have to fight anyone. We could just do it,” said Fitzgerald. 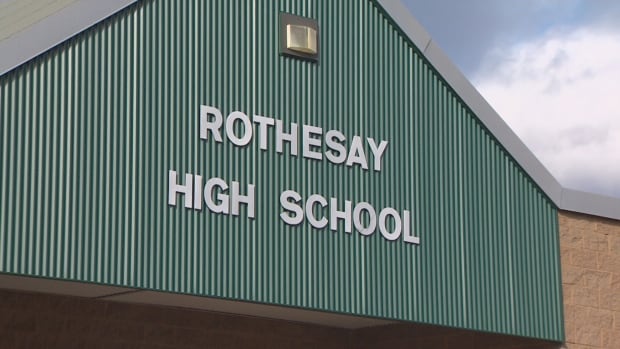 They said they are privileged to have the support from the school and their teachers.

They said the staircase is to show anyone who might identify as LGBT they are welcome at Rothesay High School.

The school has its own LGBT support community, called the Gender Sexuality Alliance, where students gather to promote rights and equality within the high school. 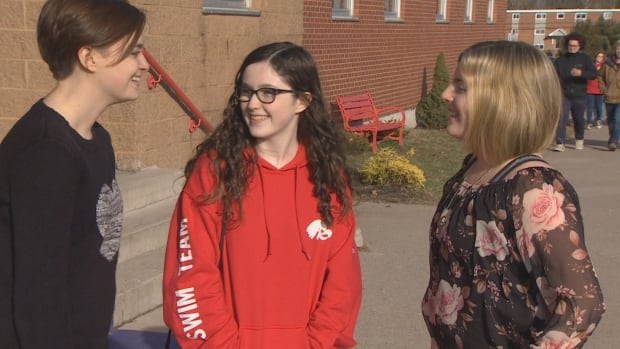 Lockyer said she hopes there will come a day when her children don’t need rainbow staircases or crosswalks to feel supported.

“I just hope one day my kids don’t have to worry about being hurt or bullied because they are a part of that community and they can just be themselves,” said Lockyer.

“I hope that day comes sooner rather than later.”

With files from Brian Chisholm