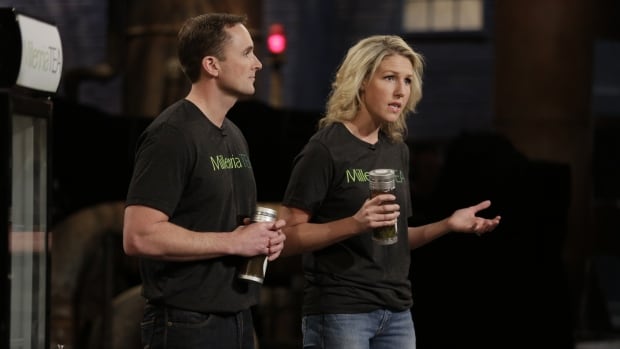 Shaken by a cancer scare in the family, a Saint John couple first dipped its toes into the warm, steeped waters of the tea- making business while researching the health benefits of tea.

Now, about two years later, Tracy and Rory Bell are being hailed as pioneers by some leaders in the industry for their innovative flash-freezing technique to seal in the nutrients of loose-leaf tea.

When CBC’s Dragon’s Den airs Thursday night,  the owners of Saint John-based Millennia Tea will be front and centre, pitching to the investors.

Their debut before a national television audience comes on the heels of a successful appearance at the World Tea Expo in Las Vegas, where their fresh-leaf tea was named the best new product for innovation.

“It was fascinating, because tea producer after tea producer would come up and see us, and try our tea, and there was this moment of discovery where they were like, ‘Oh my goodness, how are you doing this?'” Tracy Bell told Information Morning Saint John. 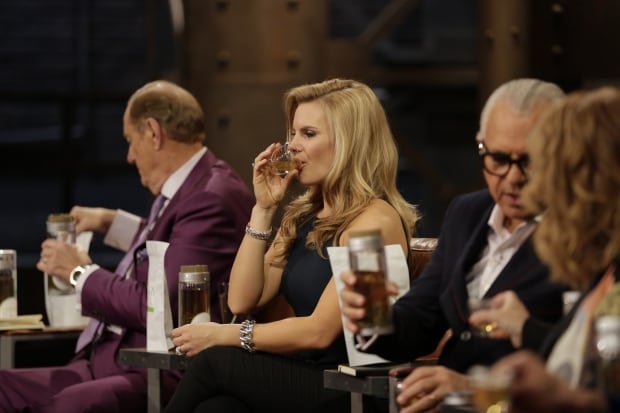 Michele Romanow and the other dragons sample Millennia Tea’s fresh-leaf tea, which its makers say delivers the biggest nutritional punch on the market. (Courtesy Tracy Bell)

“And they were like, ‘Why has nobody been doing this?'”

One of the judges from the World Tea Awards — a tea master and wholesale tea buyer for the Whole Foods grocery chain — told the couple they were selling “the future of tea,” Bell said.

“He used words like ‘pioneering,’ and that feels really good for us,” she said.

“We feel like we’re in a good place and in a good moment in time.”

When Rory Bell first began researching the health benefits of tea, an antioxidant called Epigallocatechin gallate, or EGCG, caught his attention over its effectiveness in fighting free radicals. 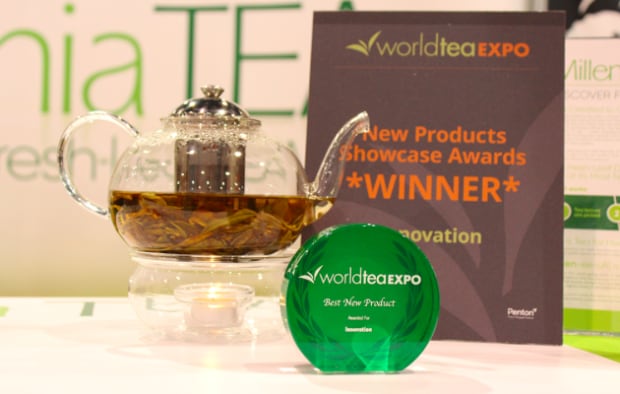 Mellennia Tea was named best new product for innovation at the largest event in the world for high-end tea. (Courtesy Tracy Bell)

He learned ECGC levels are highest in tea leaves in the hours immediately after they are picked and begin to drop off with exposure to heat, light and air, which is how conventional teas are processed.

That’s how the idea for Millennia Tea was born, said Bell.

“When no one was doing it, we were like, ‘we have to figure out a way to do it ourselves.’ A lot of people think it’s easy. You take leaves and throw them in the freezer, but there’s more science that goes in behind it,” he said.

“Those were the things we spent the better part of a year learning and figuring out. … We’ve made this team and it’s really worked out. We have the right people on board and we’re really excited to launch it.”

The couple teamed up with Boaz Kattah, a tea farmer in Kenya, who transports the leaves to a flash-freezing facility within hours of them being picked.

The tea is sorted, bagged and shipped by air to containers in North America.

Tracy Bell said all of their fears about the new business venture were alleviated once they tasted their first cup of tea.

“We worried maybe it wouldn’t taste like anything, maybe it will literally be leaves in a cup … [but when] we steeped it and we tried it, we were like, ‘Golden colour — check,'” she said.

“When we tried it we thought, this is different. It’s refreshing, there’s not that bitter kind of tannic taste at the back of your mouth you might get with green tea. And then we had the moment where we were like, ‘We’re in. We’re all in.'”

Pitching their product to the dragons was a surreal experience, they said.

And the subsequent award from the Tea Expo was the validation they needed to carve out a place in the industry for their nutritionally dense tea.

“We’re doing something pretty different,” she said. “There’s a lot of runway left for tea.

“It’s only starting to take off.”

Millennia Tea sells its products in the Saint John area at Locavore Cafe, Simply for Life and Nela’s Kitchen. It’s also partnering with retailers in other big cities in New Brunswick.