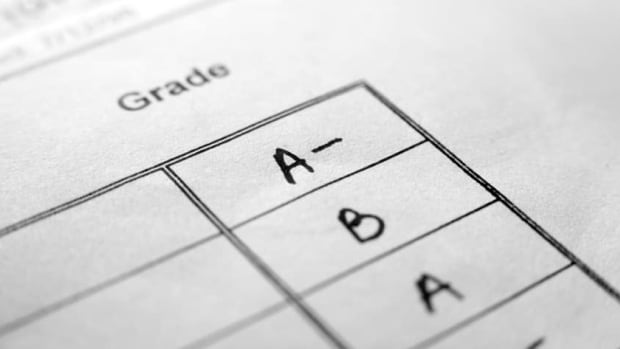 On their next report cards, student progress in the Anglophone South School District will be evaluated on a four-point scale. (iStock)

Students in the Anglophone South School District get their first report cards of the year next week — but they’ll look a bit different.

Report cards from kindergarten to Grade 8 will use a four-point scale to describe students’ progress, as the district adopts a system already in use in the three other Anglophone districts.

“On the report card, you will have the number, and then teachers will write a comment on the student’s strengths, needs and next steps,” said Dumont.

The new system focuses on what children know and their learning, rather than trying to rank them with the help of  letter grades or marks.

But the most important piece of the new system are the comments.

Separately from the four-point system, the report cards will also evaluate a student’s habits, including organizational skills and interaction with other students.

Dumont said the new system should be easier for teachers.

“Elementary teachers, they’ve used their professional judgments for years and they’ve written anecdotal comments,” she said. “For them, it’s a change in the scale.”

Middle school teachers will notice a bigger transition, since they’re used to a grading system, she said.

Both Anglophone East and North school districts are in their second year of the new report card system, and Anglophone West is in its third year.

When the system first rolled out, it was controversial among parents.

“Now the high school parents prefer this system to the marks,” Dumont said.

She said parents who have concerns should get in touch with their children’s teachers.