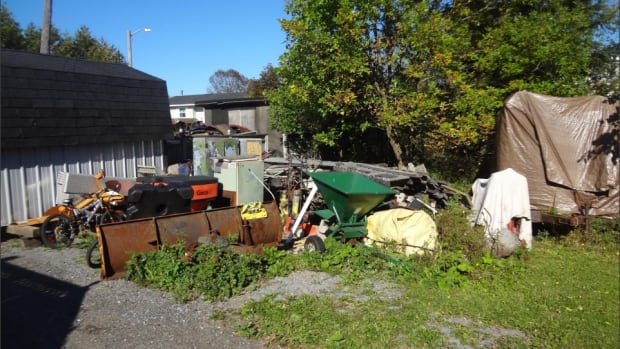 The City of Saint John is part way through a new program that encourages property owners to clean up the accumulation of junk around their homes. (City of Saint John)By Elizabeth Fraser, CBC News Posted: Nov 15, 2017

Property owners across Saint John are being pushed to tidy up, get rid of old vehicles and shed worn-out furniture and tires cluttering their yards.

In June, the city launched a program that targets the outward appearances of properties, initially gathering reports on 178 cases.

Fifty-three cases have been resolved, and the city hopes to complete 80 cases by the end of the year.

“We’re not as clean and tidy as we should be and there’s a direct linkage to pride,”  Mayor Don Darling said in an interview with Information Morning Saint John.

The Enhanced Community Standards Program, a community standards officer was hired to focus on esthetics and reach out to property owners to get rid of junk around their homes.

The junk can include an accumulation of old construction materials, old vehicles and old tires.

“There are quite a few properties in the city that have quite an accumulation of this type of material on their property,” said Amy Poffenroth, deputy commissioner of growth and community development services.

The city plans to continue with cleanups throughout the winter.

When property owners are contacted by the community standards officer, they have 30 days to comply. If they don’t, council has the authority to clean the properties and bill the owners for the work.

Sometimes what the city considers an unsightly premise can be an emotional issue for the property owner.

“Perhaps they purchased those things at some point,” she said.

“They have a big plan for them, they intend to repair them. You’re talking about their stuff, so it’s very emotional for them.”

But Darling said junk affects community pride as a whole. He often hears from people who want Saint John “taken to a new level in terms of cleanliness.”

“They’d like to see  the image of the city improved.”

Darling said junk can be found in all parts of Saint John. There are as many junk-cluttered properties in east Saint John as the south end and even more on the west side. 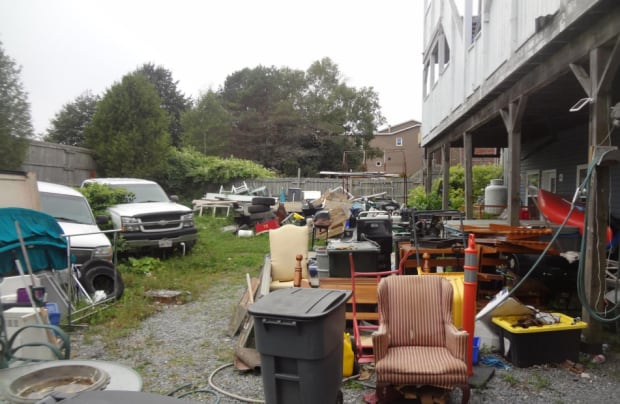 The city is hoping to have 80 properties cleaned up by the end of the year. (City of Saint John)

Once the city gets through the next few months of cleaning, Darling said, he would like to continue the project and discovering the root cause of why properties sink into disorder.

“If you invest in Saint John, in a home in a neighbourhood, the city plays a role in protecting that investment,” he said.