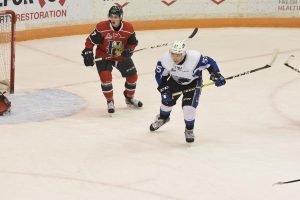 The Saint John Sea Dogs have announced three players have been reassigned from their training camp roster.

The following players are no longer in camp:

There are 38 players remaining in camp: four goalies, 13 defencemen and 21 forwards.

Tickets are available at the Harbour Station Box Office and online.

Sea Dogs Season Tickets are available now at the Harbour Station Box Office. Click HERE for more information. Fans wishing to buy using a payment plan can do so at the Sea Dogs Administration Office on the pedway level of Harbour Station.