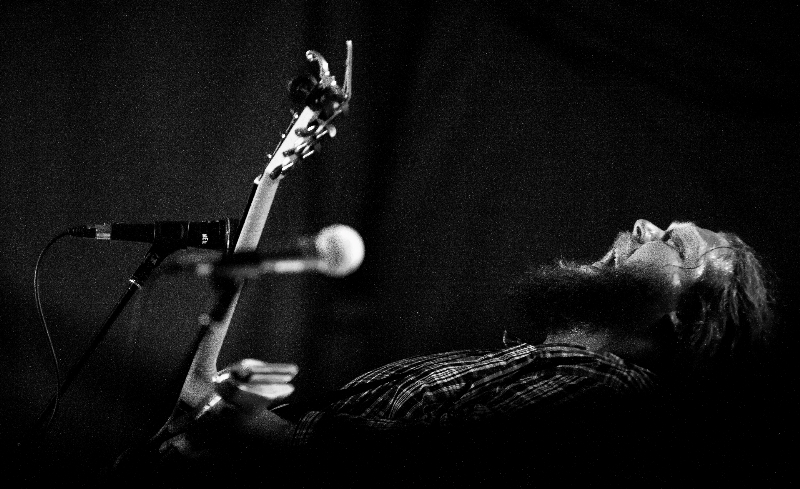 Matt Andersen has been enthralling audiences with his one ­of ­a ­kind performance in North America, Europe and Australia for years. Earlier this fall, the award winning artist once again de­camped from his New Brunswick home – this time to record his upcoming album. Produced in New York with Commissioner Gordon (Joss Stone, Amy Winehouse, KRS­One), Honest Man follows up the JUNO Award nominated Weightless and sees the songwriter pushing himself into new territory. Blessed with a rich gospel soul voice and armed with a new set of songs, Matt Andersen found a perfect partner in crime with Commissioner Gordon.

“Gordon has worked with so many different people, like Santana and Quincy Jones, on so many historic albums,” says Andersen. “He has such a great approach and was able to tie ­in so many new ideas to what I’ve done in the past without losing touch with my sound.”

From writing around drum beats to bringing in a cast of players including Andy Bassford (Toots and the Maytals, Burning Spear, Natalie Merchant), Benji Bouton (Ibibio Sound Machine), Josh David Barret (The Wailers, Lauryn Hill), and Lenny Underwood (Mary J. Blige, Amy Winehouse), Honest Man expands on what we already know and love from Andersen and brings it to a new level.

“Gordon brought a drum beat to one of our first sessions that I loved, and I wrote ‘Let’s Get Back’ around it. When we tracked, we did it the same way as the others ­ myself on acoustic guitar, Benji on electric, Josh on bass. Using beats is something I never thought I would go for. But it was a lot of fun and I’m really excited with what we recorded. If I was left up to my own devices it would have been a very different record.”

The 10 songs that make up Honest Man explore both the political and the personal. The title track, co-­written with Chris Kirby, was inspired by a US political cartoon while “Let’s Get Back”, co­-penned with Andy Stochansky, has Andersen thinking about how his country as a nation has changed, but not for the better. “Who Are You Listening To?” was hatched with Ryan Hupman during a pre-­election social media flood and emerges as a rally call for people to make up their own minds and not be swung by the “information” we’re being fed. On “All The Way”, written with Gordie Sampson, Andersen takes a more personal approach as he sings about the decision to fully commit to a relationship, while on the alluring piano ballad “I’m Giving In”, composed with Andy Stochansky and Jamie Hartman, he muses about the moments leading up to that commitment.

“The song ‘I’m Giving In’ was the final one that I needed to lay down vocals for,” recalls Andersen. “It was my last night in New York and the studio we were using was underneath a ballroom where Alicia Keys was rehearsing for a performance the next night. We managed to get the piano recorded in between the breaks of the rehearsal but had to skip the vocals. We went back to Gordon’s studio to listen back to the weeks’ work and enjoy a scotch when we decided to take a stab at recording the vocals. This was at 1 am. It was a special way to wrap up the sessions with Gordon.”

On one of two songs created with Donovan Woods called “One Good Song” Andersen sings about exactly that. He explains, “All songwriters desire to have that one good song that just gets everybody. Not necessarily a hit, but a song that when it’s heard you can’t help but listen. This song is about the journey we all take to get there.”

There is no need at all for Matt Andersen to worry about one good song, Honest Man is a watershed album full of transcendent musical moments that should elevate the songwriter from internationally acclaimed to world renowned.

About Matt Andersen
With over 5 million views on YouTube, independent sales over 30,000 albums, a 2013 European Blues Award, and winning Best Solo Performer at the Memphis Blues Challenge, it appears that the entire world is now discovering Matt Andersen. A powerhouse performer with a giant soul-filled voice and commanding stage presence, Matt has built a formidable following the old fashioned way – touring worldwide and letting the converted audiences and Andersen devotees spread his reputation through word of mouth. In addition to headlining major festivals, clubs and theatres throughout North America, Europe and Australia, he has shared the stage and toured with Bo Diddley, Buddy Guy, Greg Allman, Tedeschi Trucks Band, Randy Bachman, Little Feat, Jonny Lang, Serena Ryder, and more. Andersen has won the 2013 Euro Blues Award for Best Solo /Acoustic Act, three Maple Blues Awards in 2012, and nabbed the 2010 International Blues Challenge in Memphis. Since the release of Weightless in early 2014, Andersen has received a JUNO nomination for Roots & Traditional Album of the Year, a CIMA Road Gold award, and a Maple Blues Award for Male Vocalist of the Year.

Tickets for Matt’s upcoming show go on sale this Friday, January 22nd at 10 am. Tickets are $37 in advance and $42 on the day of performance. To purchase visit www.imperialtheatre.nb.ca. For more information, please visit sonicconcerts.com.