Trent McClellan has performed at every major comedy festival including Winnipeg, Halifax and Just For Laughs. He has written for “This Hour Has 22 Minutes” and filled theatres across Canada. He has been described by Bob Saget as a “Wonderful Comedian” and by Gerry Dee as “Funny as Hell!”

Trent’s tour is receiving rave reviews across the country and on Saturday night, March 5th, starting at 8 pm, he’ll make his only stop in Saint John.

Tickets are on sale now! Tickets are $32 adult and $27 senior/ student. For more information or to purchase tickets visit www.imperialonline.nb.ca. 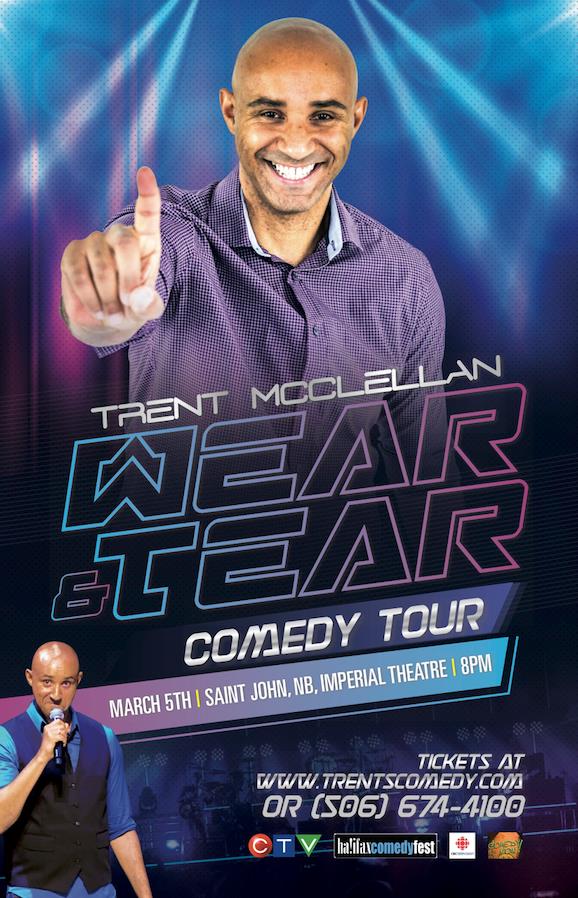