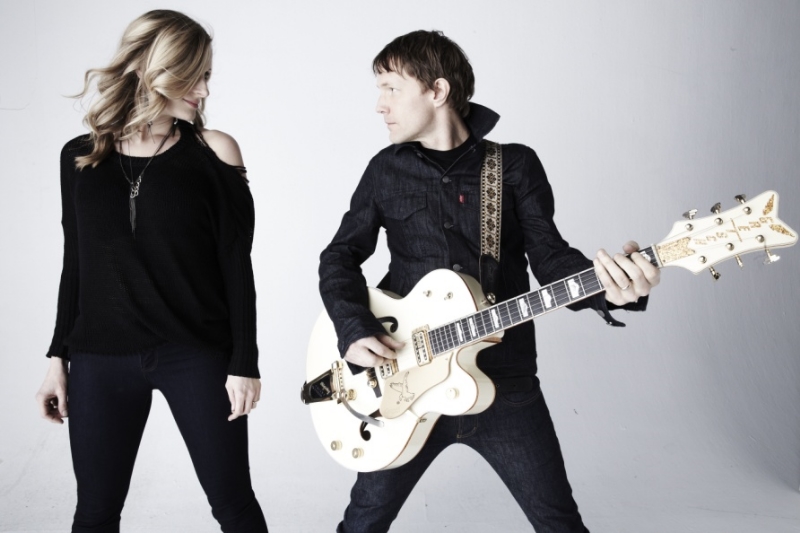 Whitehorse is the story of two acclaimed musicians joining forces under one new name – no drummer, no keyboard player, violinist or even bass player on call, and no producer – just Luke Doucet and Melissa McClelland. On stage, they present a full band sound using live loops, bits and pieces percussion, and swapping guitars left, right and centre.

The first album and EP demonstrate the success of this simple equation, one plus one, with an abundance of guitar slinging, songwriting expertise and white-hot desire. Formed in 2010 by husband and wife solo musicians Luke and Melissa, the two toured in each other’s bands for years, but they put aside their award winning individual careers to build a new band out of their exceptional guitar playing, his and her harmonies and a flair for dramatic, narrative songwriting. Whitehorse has since been nominated for the Polaris Short List (2013) for The Fate of the World Depends on This Kiss, played sold out shows across Canada, and established itself in the USA as a band to watch with stellar reviews.

Described by the Globe & Mail as the “Warren Beatty and Faye Dunaway of Canadian roots rock” this couple brings it to the stage. These artists are going places fast – from their sold-out debut at Massey Hall to SXSW in Austin to the Montreal Jazz Festival to Saint John’s own Imperial Theatre.

← Kickstart: A Grassroots Approach to Entrepreneur Development
Heavy rainfall warning – how to prepare and stay safe →