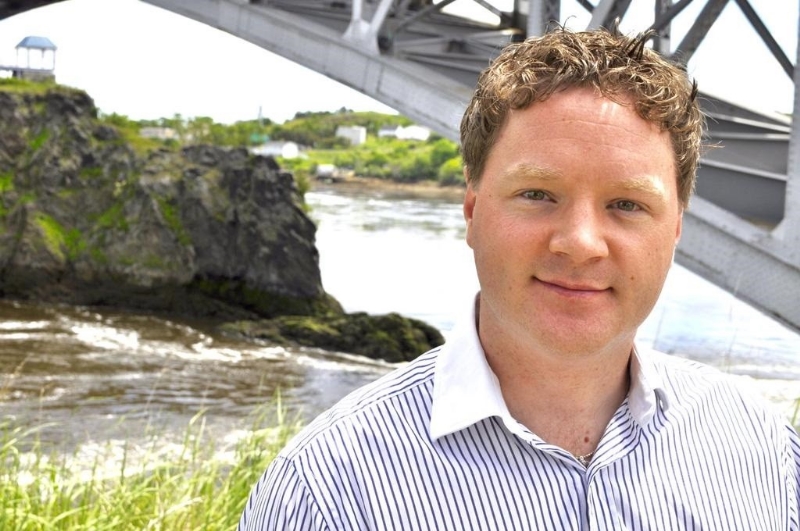 Dr. Keith Brunt, a researcher, entrepreneur and Assistant Professor at Dalhousie Medicine New Brunswick, left his community in Saskatchewan at a time when everyone was leaving.  Life was deemed to be elsewhere, and when 80 to 90 per cent of his class left the province, the common question was “Where are you going?”

From away, he has watched his province transform itself into one of the country’s power players.   Saskatchewan once received equalization payments from other parts of the country; now, it is a contributor.

Oil and gas may have helped spark the change, but Brunt thinks it has been much more than that.

“Saskatchewan had a spirit of entrepreneurship and strong work ethic that was ready to be unleashed,” he said. “With a spark, decades of inertia were broken, and people starting working together and solving their own challenges.”

Brunt speaks passionately about the acceleration of change that happened in Saskatchewan once things started to move and people realized life could be different.

“New people took over positions of authority,” said Brunt.  “They rejected the long-held belief that ‘we can’t do it that way,’ and adopted the mantra of ‘how will we do it?’”

In Saint John, Brunt is part of a network of more than 200 people trying to work more effectively to grow the economy and create jobs. Based on his passion, and where he believes his skills and experience can have the most impact, he is on a team working to build better connections between investors and entrepreneurs to support business growth.

This model of working together has been tried and tested in the private sector. Take Airbnb.  Because there are people interested in making money renting out their homes to tourists, a new way of business has emerged called the collaborative economy.  Thanks to technology, people and resources can be connected based on common goals.

True Growth is built on the same principle.  People and organizations work together best when there is a good reason to do so. Organizations like Enterprise Saint John, Opportunities NB, the Business Development Bank of Canada and the Saint John Community Loan Fund all support entrepreneurs in starting and growing their businesses.  By working together, they will better address challenges facing people starting businesses and support their growth.

Brunt has seen first-hand how working together more effectively can transform an economy.  He believes the first step in realizing economic success is getting rid of all mental barriers that say it can’t be done.

“We can’t point to government or industry for everything” he said.  “Things will change when people start saying ‘It’s not just them, or me.  It’s us.’  It’s up to everyday people who want their kids to grow up here to get involved. Something is going to happen here that is going to have a roll-over effect.  Everyone has had enough, but the band wagon is going to go up instead of down. There are no singular heroes in this.  Everyone has a role to play and sometimes that’s getting out of the way.”

Brunt knows the economy can turn around because he’s seen it happen.  His prediction? “We’re either two years from seeing significant economic success, or we’re 20.  The mental barrier and our openness to new ideas are what will determine where we are.”