Chief for a Day

The Saint John Police are excited to announce that 6-year-old Cayden Liu is the winner of the 2022 Chief for a Day contest.

Cayden said, “I want to be a police officer to make a difference”. In his submission, he wrote out his plan on how to help people who are hurt, catch bad guys, and build houses for the homeless.

On most days, Cayden goes to school dressed in his police uniform and always maintains a positive attitude. He is considered a leader among his classmates, and he is described as caring and empathetic.

“The qualities and characteristics that Cayden possesses are those required to be a great police officer.  Like Cayden, every Chief needs to be a good leader and plan for the future. We look forward to having Cayden as our Chief for a Day” Chief R.M. Bruce. 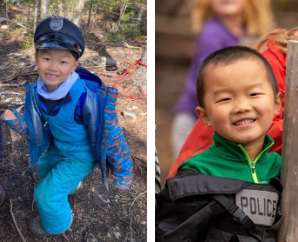