Saint John Common Council endorsed eight key priorities for accelerating growth across the City at a special meeting today to mark the City’s birthday and set a path forward for continued prosperity.

“City Council is optimistic about the future of Saint John. We are committed to working across governments and sectors to unlock and realize the City’s growth potential,” said City of Saint John Mayor Donna Noade Reardon. “This work will help secure a bright future that enhances Saint John as a destination for people to live, work and play.”

The eight items – including four infrastructure projects and four advocacy efforts – will focus City resources on actions that have the greatest potential to accelerate growth. In addition, the priorities help focus the City’s work with the federal and provincial governments on key investments and actions.

While capitalizing on emerging opportunities to fuel growth, the City will also build on and maintain the strong momentum of its current priorities.

The four catalytic infrastructure projects include:

The four catalytic advocacy efforts include:

These key catalytic projects and efforts will focus the work of City Council and staff. They build on the momentum of current priorities and plans while capitalizing on new opportunities for growth. Efforts will continue on all initiatives important to our City, even if not listed as a catalytic project. 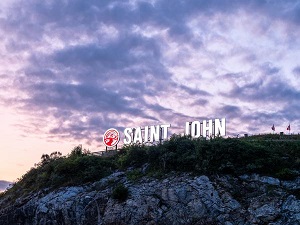