The results are in. Statistics Canada has released the population data from the 2021 Census, and with it comes exciting and positive news for the Saint John region. As of July 2021, the City of Saint John saw a 3.4 per cent increase in population, bringing the City’s total population to 69,895. This means that an additional 2,320 residents are now calling Saint John home.

Overall, the Saint John region saw a 3.5 per cent increase in population as 4,411 people moved to the area increasing the regional population to 130,613. The City of Saint John accounted for more than 50% of this new regional growth.

“We are so thankful that so many people are choosing to call Saint John home,” says Mayor Donna Reardon, “We have a quality of life that is second to none. We’ve made huge strides to grow our population over the last five years and the results of the 2021 census validate the hard work that our community and partners have undertaken to grow and become the most welcoming community in Atlantic Canada.”

The City released its Population Growth Framework in early 2018, Saint John’s first strategy to grow its population. Since then, the City has put an increased focus on growth, and is working shoulder-to-shoulder with all levels of government, immigrant serving agencies, school boards and post-secondary institutions, businesses, developers, economic development partners, community agencies, and dozens of ethnocultural groups to attract and retain more people in Saint John. It is clear this collective effort is working.

The City also released its Central Neighbourhood Peninsula Plan in January 2020, which calls for a minimum increase of 2,400 people living Uptown by 2049. The City is now racing toward that target, as the Uptown grew by almost 9 per cent (669 people) since the last census in 2016 and now has a population of 8,221.

Residents of Saint John already know how unique our region is, and word is getting out. With our beautiful, vibrant streets, distinctive Uptown business areas, abundance of parks, trails and green spaces to explore, and neighbourhoods that span from the historic to the recently built, Saint John is a very special place. Ocean views, friendly, warm people and endless development opportunities make Saint John an ideal and welcoming place to live, work and play. 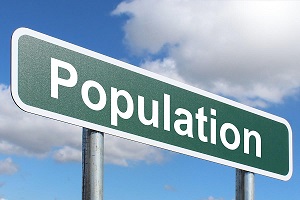