On behalf of Chief Robert Bruce

The priority neighborhoods in Saint John are teaming up with the Saint John Police Force for the “Holiday in A Box” campaign. Every resident is being asked to provide some holiday cheer for the less fortunate adults in our community. The goal is to find a shoebox or similar sized box and fill it with essentials.

“Some of the day-to-day items we take for granted are in short supply for the less fortunate in our community,” says Saint John Police Chief Robert Bruce. “Toothpaste, toothbrushes, deodorant, socks, gloves, toques, Saint John Transit cards and soap are just some of the items we hope to fill the boxes with,” adds Chief Bruce.

The challenge to fill the boxes is going out to every resident, sports team, corporation, and community organization. Once collected, the boxes will be wrapped and presented to the leadership of Saint John’s priority neighborhoods so they can be distributed.

A full list of the suggested items can be found through the following link or on the Saint John Police Force’s website, Facebook, and Twitter accounts. The list of items will also be available through the priority neighborhoods social media channels which include the Crescent Valley Resource Centre, Carleton Community Centre, P.U.L.S.E. Inc, ONE Change and the Waterloo Village Neighbourhood Association.

The holiday boxes can be dropped off at Saint John Police Force Headquarters, 1 Peel Plaza, Monday through Friday between the hours of 8:00 a.m. to 4:00 p.m. The campaign will conclude on December 18, 2021.

To find the list of items being collected for the Holiday In A Box Campaign, follow the attached link. 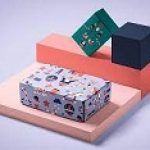