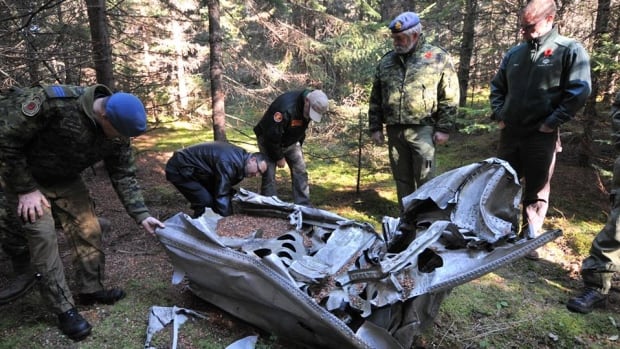 Members of the 403 squadron at Base Gagetown examine part of the float pontoon on Wednesday. (Courtesy Peter Hanlon)

A small group of soldiers, historians and park staff from J.D. Irving Ltd. gathered this week for a memorial ceremony at a remote crash site in the woods of central New Brunswick.

They unveiled a plaque honouring two pilots who crashed their float plane in 1939 on a flight from Ottawa to Sydney, N.S., making them the first casualties suffered by the Royal Canadian Air Force in Canada during the Second World War.

The aircraft flown by Warrant Officer II James Edgerton Doan and Cpl. David Alexander Rennie was to be used for anti-submarine patrols off the northeast coast of Nova Scotia.

But the pair ran into engine troubles, and Delta 679 was last spotted over Edmundston and Plaster Rock before it disappeared in dense forest.

The fate of the two pilots was a mystery for 19 years, said Harold Wright, a local historian in Saint John who researched the crash. 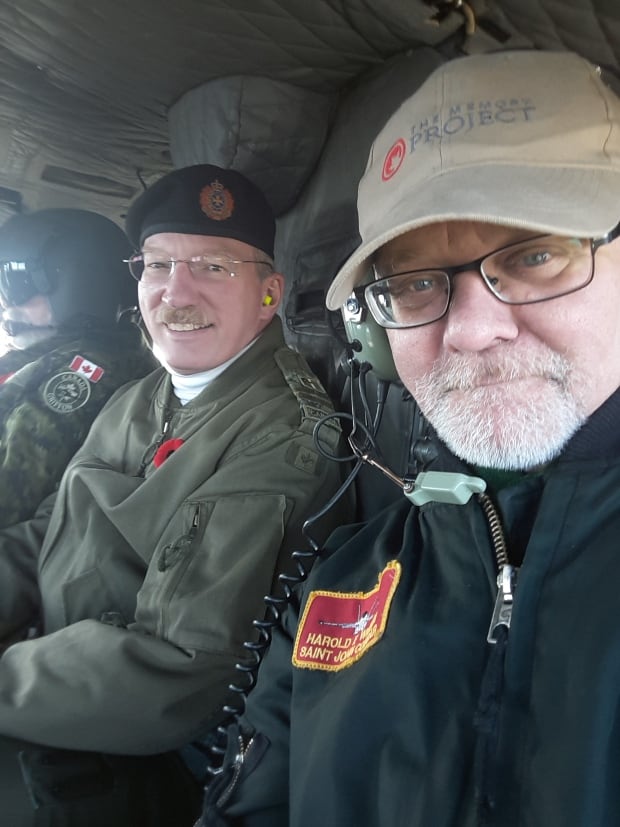 But in 1958, an Irving pilot noticed shimmering metal in the Deersdale area of Beaverbrook Lake, approximately 70 kilometres north of Fredericton.

“He saw something literally glistening in the sun, they explored it and they found the wreck, and solved the mystery for the two families involved,” Wright told Information Morning Saint John.

​JDI knew about the wreckage on its land, but the desolate site remained untouched for years.

That’s until Wright, a member of the Turnbull chapter of the Canadian Aviation Historical Society, made the case for a memorial on the site. 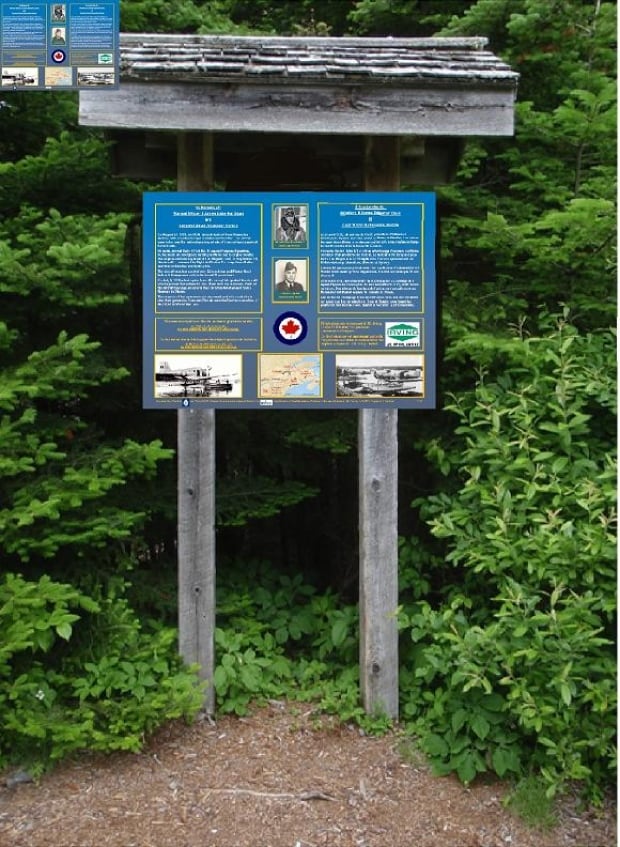 A memorial plaque telling the story of the crash is located about 450 metres from the site. (Courtesy Harold Wright)

Park staff then got to work cutting a trail to the location, where small pieces of the plane still litter the ground.

“It seemed like it dropped almost vertically, so it didn’t break off a lot of the tops of the trees,” said Kelly Honeyman, a naturalist and parks director for JDI.

“Three large chunks are still in place. … It was a float plane, and part of one of the floats is still on the site, as well as other bits of the fuselage.”

Parts of the fuselage are also in the Canadian Aviation and Space Museum in Ottawa.

The remains of the crew were never recovered.

“It was a very emotional experience,” Wright said of the memorial ceremony and plaque dedication.

“We marked the site, we remembered the two crew. … It’s one of these aviation archeological sites.” 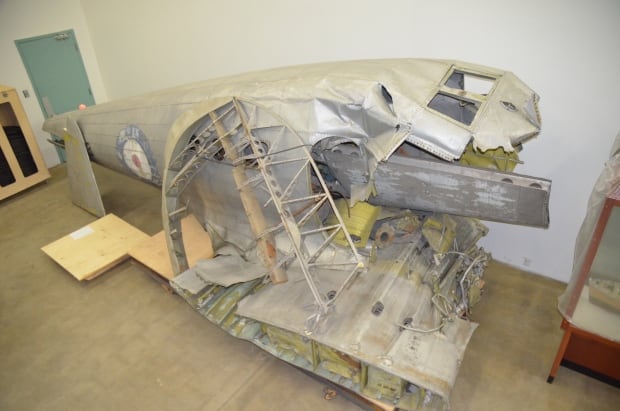 Honeyman said the memorial plaque can be found in a parking area about 450 metres from the crash site.

He said JDI doesn’t typically let the public onto its small, winding private road system in Deersdale, but staff can lead tours through the site if enough people are interested.