Featured in his own Comedy Now special on CTV and The Comedy Network, heard daily on SiriusXM Satellite Radio’s Laff Attack, seen headlining comedy clubs and more across the country, Brett Martin has become a familiar face in Canadian comedy. Not stopping there, he has been working in America as well. With broad subject matter, and a unique style that ranges from insightful to ridiculous at any moment, he’s making a name for himself everywhere he goes. 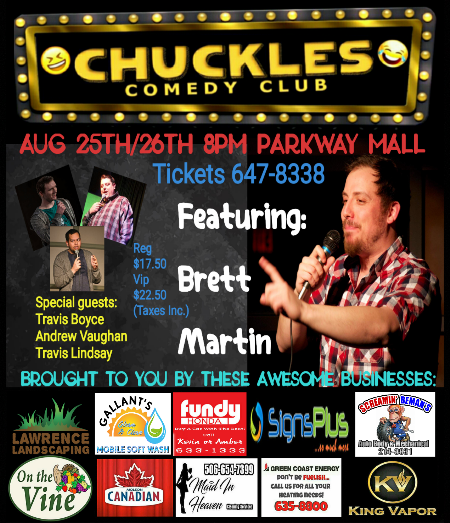 He was hilarious at Chuckles Comedy Club last year and we are very excited to have him back again!

Purchase two VIP tickets to either show this weekend and you can enter to win a $25 Mastercard! Details on the Facebook Page @chucklescomedyclub