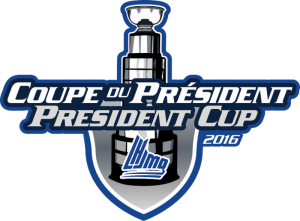 The Saint John Sea Dogs have confirmed the dates and times for the team’s first two games of Round 1 of the 2016 QMJHL President Cup play-offs.

Game 1 will be played on Friday, March 25th, at Harbour Station. Game 2 is slated for Saturday, March 26th.

Both games will begin at 7 pm.

Saint John’s first-round opponent has not been determined. A full series schedule will be released next week.

Tickets for Games 1 and 2 are on sale now at the Harbour Station Box Office, online at harbourstation.ca or by calling 657-1234.

Ticket prices are listed below: