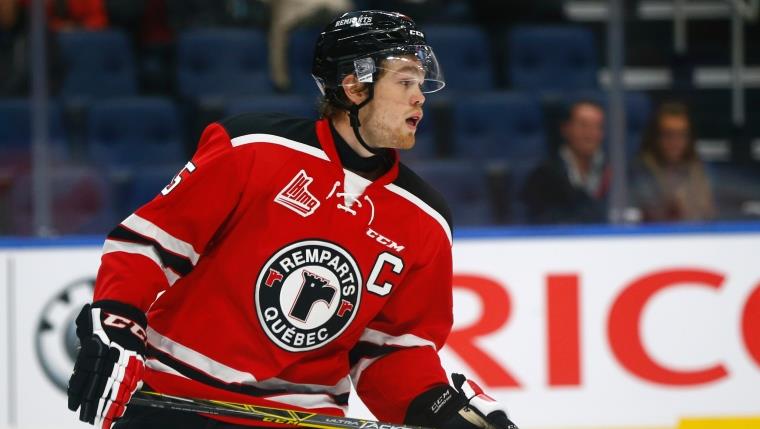 In exchange, Saint John sent defenceman Pierre-Luc Lurette, second-round draft picks in the 2016 and 2018 QMJHL Entry Drafts, and a fifth-round selection in 2017, to Quebec.

Murphy, 20, was named captain of the Remparts early in the season. The Fredericton-native had three goals and 19 assists for 22 points in 31 games in his second season with Quebec.

“We targeted Matt because of his winning background,” said Sea Dogs General Manager Darrell Young. “He has won a President Cup and a Memorial Cup. He also played in both last year. He’s was a captain. We believe he can have a really positive influence on our young players who are trying to learn how to win.”

Lurette, 17, was selected by the Sea Dogs in the sixth round (100th overall) of the 2015 QMJHL Entry Draft. The Val-d’Amour, New Brunswick, product played one game with Saint John this season, recording two penalty minutes and a +1 rating. He has spent most of the season with the Campbellton Tigers of the Maritime Hockey League (MHL) where he has two goals and eight points in twenty games.

In a corresponding roster move, the Sea Dogs have removed defenceman Adam Bateman from their active roster.

Bateman, 20, was signed as a free agent by the Sea Dogs in the summer of 2014. The native of Caledon, Ontario, had two goals and five points in 29 games with Saint John this season. He posted eight goals and 18 points in 86 games over two seasons.

The Sea Dogs next home game happens at 7 pm on Thursday December 17th when they host the Cape Breton Screaming Eagles at  Harbour Station. For tickets visit the Harbour Station Box Office in person, online at harbourstation.ca, or telephone 657-1234.