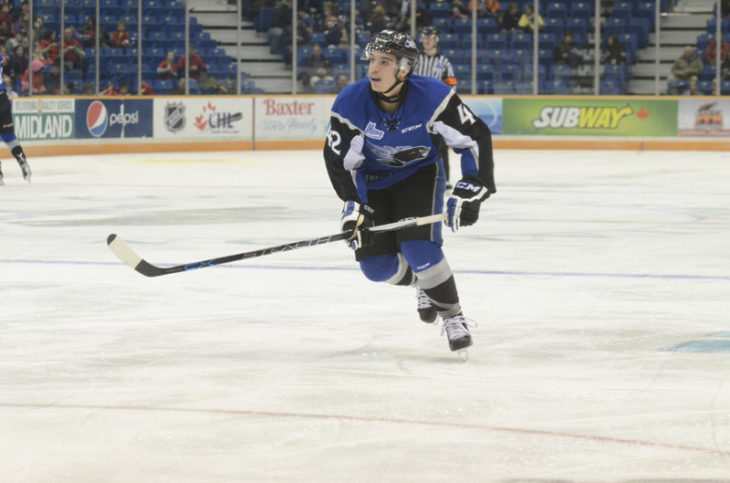 The Saint John Sea Dogs have traded forward Nico Blachman to the Rimouski Oceanic in exchange for a seventh-round pick in the 2018 Quebec Major Junior Hockey League Entry Draft.

Blachman, 18, was signed as a free agent by the Sea Dogs early last season. The Hollywood, Florida, native registered one goal and 68 penalty minutes in 31 games with Saint John.

He played one preseason game for the Sea Dogs this season and began the regular season with the Campbellton Tigers of the Maritime Hockey League (MHL).

“Nico worked very hard for us last year,” said President and General Manager Trevor Georgie. “We wanted to give him a chance to play and we wish him all the best.”

Saint John’s next game is Wednesday, October 5th, at 7 p.m. against the Gatineau Olympiques at Harbour Station. Tickets are available at the Harbour Station Box Office and online. Listen LIVE on 96.1 NewSong FM or newsongfm.ca. Watch LIVE on Neulion or Rogers TV Channel 10.

Season tickets and flex packages are on sale now at the Harbour Station Box Office or by calling 657-1234. Click HERE for pricing information. You can also download our Season Ticket  and Flex Package order forms. Be sure to check out our NEW flex package options, including 6-, 10- and 20-voucher allotments.