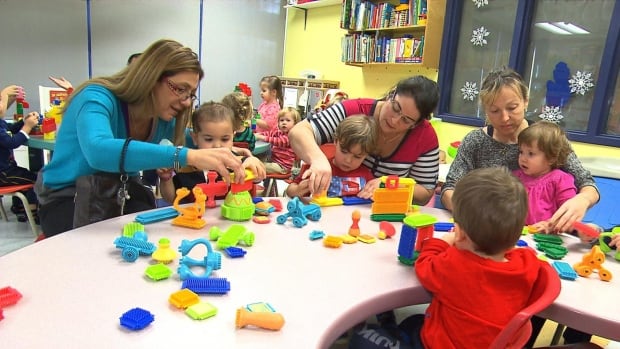 The Liberal government has revealed how it plans to spend one chunk of a new federal-provincial child care fund announced earlier this year.

The province will devote $12.2 million to improving the quality of early childhood learning in more than 300 daycare centres around the province.

Non-profit and for-profit daycares will be able to seek designation as early learning centres, which will make them eligible for the funding.

There are a total of around 600 daycare centres in New Brunswick, so the province is expecting slightly more than half to get the designation. 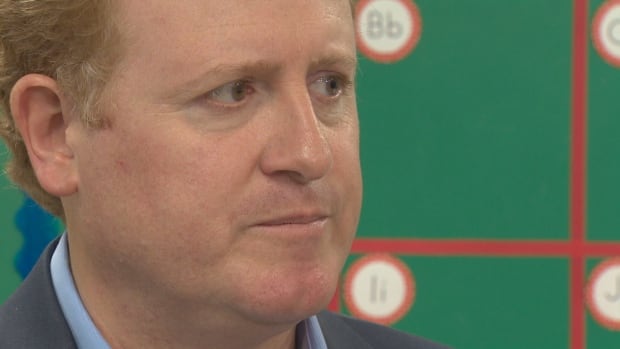 But Brian Kenny, the education and early childhood development, minister says it won’t lead to a two-tier system.

Kenny said that while the province has set 300 as the number of centres it expects to be designated, money will be available if all 600 achieve the designation.

“We’re making incentives here for these operators to take a look at how they can become centres of excellence, and also improve their curriculum,” Kenny said.

“We’re encouraging them to make applications and take a look at it.”

Beth Lyons, the executive director of the New Brunswick Women’s Council, said it’s hard to judge whether linking funding to designation will suggest there are two classes of daycares 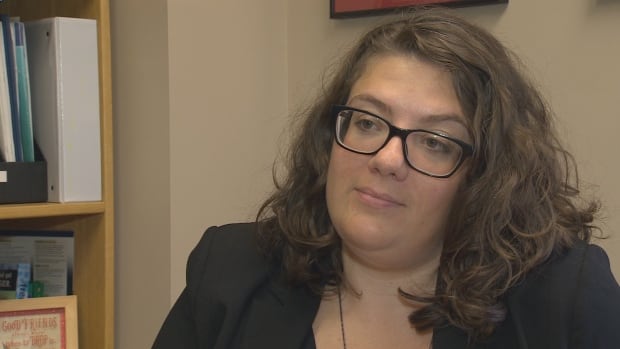 Beth Lyons, executive director of the New Brunswick Women’s Council, says it would be helpful to see the full plan. (CBC)

“I think this is a good example of where we need to see the full plan,” she said.

“What is the hope in having these designations? Is it that there’s going to be more public oversight of them? Is it really just. about quality improvement? We need to understand where that’s coming from.”

The money comes from a $71 million child-care agreement signed between the federal and New Brunswick governments. Of the total, $40 million is provincial money.

But the Brian Gallant government is only doling out details of the spending in pieces. Thursday’s news conference was the first.

Lyons said it would be better to see the overall daycare strategy all at once to judge it as a whole.

“We’re seeing a lot of interesting things that are headed in the right direction, with this being treated more as a system that’s really critical social infrastructure,” she said.

“I’m glad we’re going to be hearing more about things like subsidies for parents, or fee-capping, as well as increased wages for workers in the sector, but we really need to hear this plan as a whole to know if all of the moving parts are going to work.”

When Gallant and Prime Minister Justin Trudeau announced the $71-million agreement in August, they said some money would go toward reducing daycare fees for low-income families, creating more spaces, implementing an inclusion policy, and improving learning opportunities for workers.

Kenny said more details on wages and on funding daycare spaces would be announced in the coming weeks. 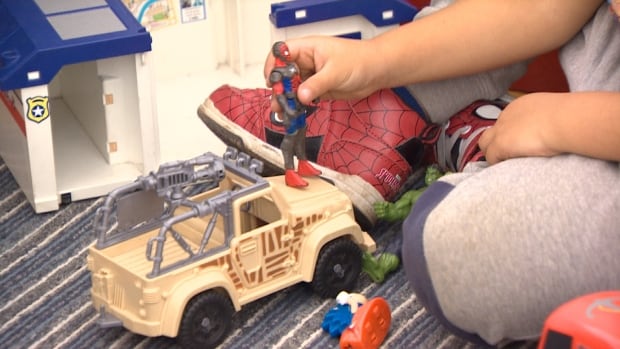 Kenny says the plan will be an incentive to daycare operators to become centres of excellence. (Brian Chisholm/CBC)

Of the $12.2 million detailed Thursday, $4.7 million will be for one-time “quality improvement grants” to help daycares improve their equipment and materials, and $7.5 million will be annual “quality grants” to improve services at designated centres.

The federal-provincial agreement is for three years, but Kenny said the annual quality grants will continue beyond that because any new government will likely not want to cancel the funding.

One daycare centre in each school district will be chosen as a centre of excellence, where researchers can develop new teaching methods and other daycare workers can get training