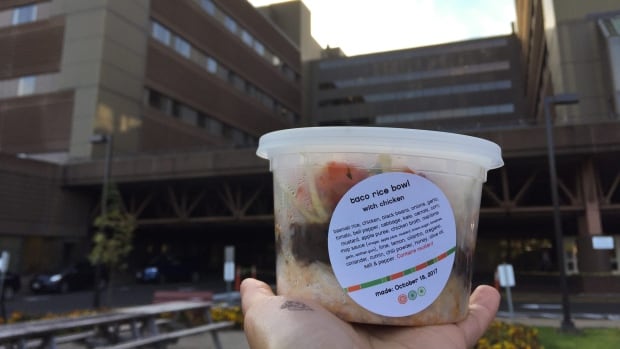 Visitors to the Saint John Regional Hospital who want a break from the usual cafeteria and coffee shop menus now have another option.

Nela’s Kitchen has taken up residence at the hospital’s gift shop, following a successful trial run at its cardiac unit.

The Rothesay-based company launched in 2011, and makes healthy, homemade, prepackaged meals that are sold at its storefront location, and stores and markets around the province.

This is its first foray into a health-care setting, said co-owner Nela Ramirez.

“Our clientele, we have a lot  of nurses and doctors who would come here to buy meals because they had a relative in hospital and they wanted to bring them food, because they wouldn’t necessarily like what was offered there,” she said.

“We thought it would be a great fit, and for some time we have been wanting to have a presence at the hospital — it’s been a long time coming.” 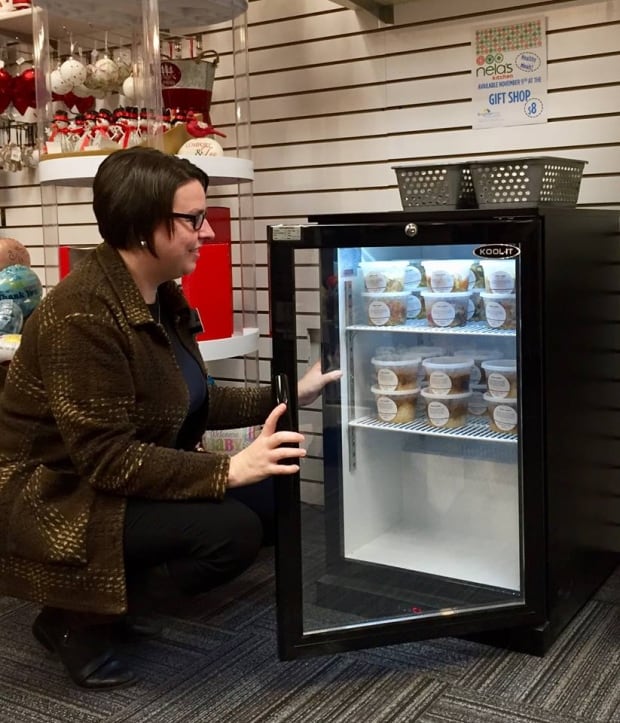 The Brighten Group orders about 30 meals a day, up from an initial 10 meals that sold out within 25 minutes. (Courtesy Brighten Group)

The hospital auxiliary Brighten Group reached out to Nela’s Kitchen in response to a demand for fresh, healthy meals.

After its one-day trial with the cardiac unit received rave reviews, the non-profit organization added a fridge to its gift shop and brought in 10 meals that first day on Nov. 9.

“I’d say they were sold out within 25 minutes,” said Judie Domokos, executive director of the Brighten Group.

“Second day was the same thing … It’s overwhelming, it’s great. So we bumped our orders and they’re really selling well.”

“People want something a little bit different, something tastier and heal

lthy at the same time, and taste is one of our most important things,” Ramirez said.

“You feel good when you eat it and you want some more, that is our priority and that it’s healthy too. So I think it’s a good combination.”

Nela’s Kitchen is undergoing a kitchen expansion, which should eventually lead to more variety on its hospital menu, Ramirez said.

“The volume is going to need to increase, perhaps to two things every day,” she said. “We’d like to have a soup and salad option plus a different meal.

“So we’re hoping to increase the types of food we have and the volume we make.”

All proceeds from the gift shop are redirected back into the hospital to fund patient comfort programs, Domokos said.

Wheelchairs, sleeper beds and blanket warmers are some of the items purchased in the past.

“When we bring things into the gift shop we want to make sure they’re appealing to the majority of our customers,” said Domokos.

“People will continue to eat at the cafeteria and Fast Break/Tim Horton’s, but this is an option, it’s a complement to what’s here, and I know they like it.”