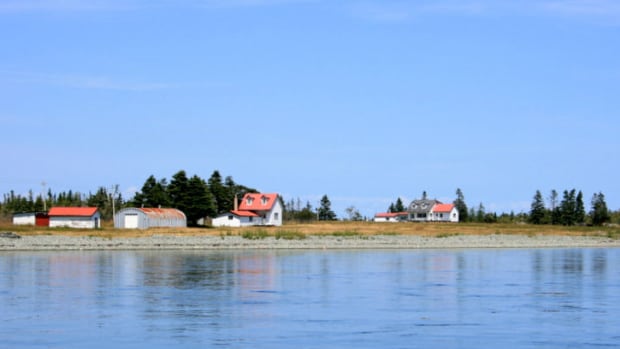 The main house and cabin on Cheney Island, a 250-acre private island off the coast of Grand Manan currently listed at $850,000. The island made national headlines this week when the list price dropped again from the original $1.2 million price tag. (Submitted by Fundy Bay Real Estate)

Got a bit of extra cash? A boundless craving for solitude?

Cheney Island — a private island off the coast of Grand Manan — could be your personal paradise in the Bay of Fundy for just $850,000.

Nestled between Ross Island and White Head Island, the islet features two houses on about 100 hectares of rolling meadows, rocky beaches and wetlands populated by deer and birds. 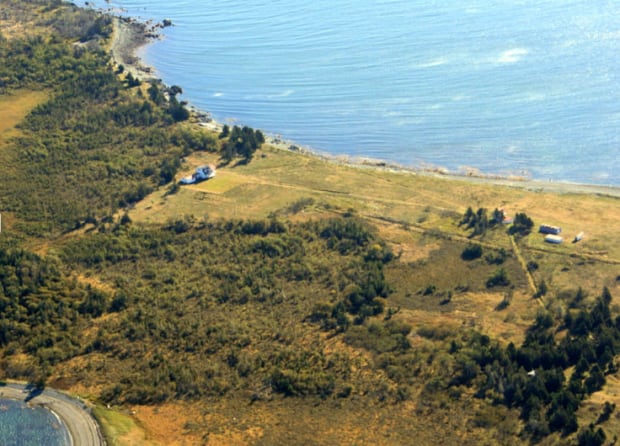 “The price has been lowered to where it needs to be,” said Dan Webster of Fundy Bay Real Estate on Grand Manan Island.

In addition to being reasonably priced, the island also has some unusual amenities — and a fascinating history that includes at least one murder, a secret graveyard and an alleged link to Dick Cheney, who served as vice-president under George W. Bush.

Retired Grand Manan history teacher and amateur genealogist Deborah Daggett has rented a house on the island a dozen times with her family over the past 18 years.

She first heard about the place in 1998, when her stepson on White Head Island showed her a newspaper clipping advertising two houses for rent on Cheney. 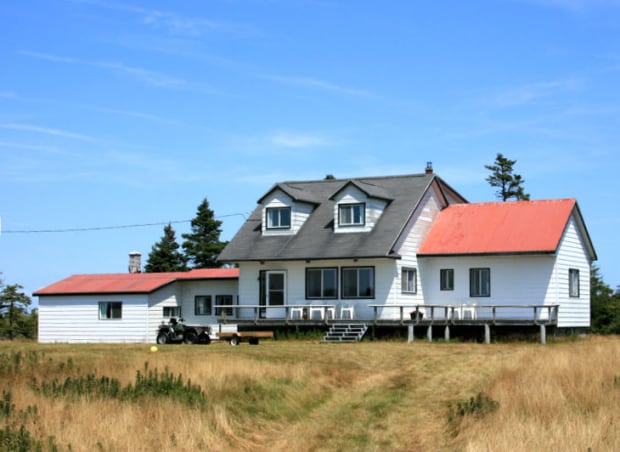 The original house, built in the 1850s, was torn down in the 1950s. The current six-bedroom house was built in 1978-79, according to real estate agent Dan Webster. (Submitted by Fundy Bay Real Estate)

“I thought it would be fun to get a group together and go over,” she said. She sent a deposit to the elder Henri Gautrin to reserve the island for the following July.

“Didn’t he die at Christmastime,” she said. “We weren’t sure what was going to happen.”

Although Gautrin’s daughter, Marie-Françoise Gautrin, was reluctant to rent the house again, “we’d already paid the deposit, so she let us have it,” Daggett said. 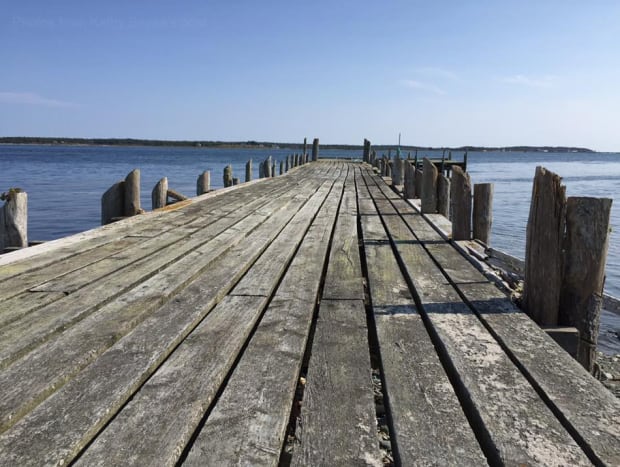 The dock on Cheney Island, with White Head Island visible in the background. From the wharf, ‘there’s quite a little walk to the house,’ Deborah Daggett says. (Submitted by Kathy Beyea)

“The first year we went, we had to take food for a week and anything else we wanted,” Daggett said. “The boat was so laden down with supplies that the caretaker of the island had to make two trips.”

After getting off the boat, “there’s quite a little walk to the house from the wharf,” Daggett said.

The six-bedroom, 1½-storey house and cabin on the southern tip of the island are a little rustic, but offer panoramic ocean views. 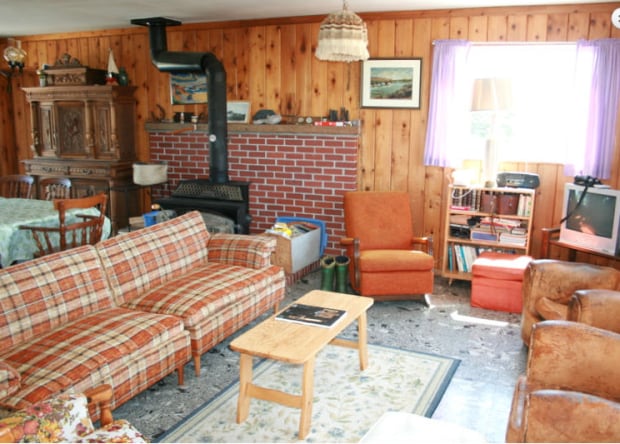 The house is rustic but comfortable, according to Daggett, a retired history teacher who has stayed there more than a dozen times over the past 18 years. (Submitted by Kathy Beyea)

“There’s a nice back deck and a nice long verandah,” Daggett said. “In the morning you get the sun on the back, and in the afternoon you can go out front.” A path runs from the houses into the woods, through a big field and onto the upper end of the island.

“There are daisies everywhere — the front lawn and back lawn are covered,” she said. “We fell in love. We enjoyed the solitude and the privacy.”

The Gautrins allowed them to continue renting the house over the following years.

“It’s a very special place,” said Daggett, adding long-term caretakers from nearby White Head “love it there” and have kept an eye on things.

In her research, Daggett discovered the earliest white settlers on Cheney Island were William Cheney and his wife, Elizabeth (Swett), originally from Newburyport, Mass., who landed there in 1785.

They and their 13 children fished and farmed on the island for many years. 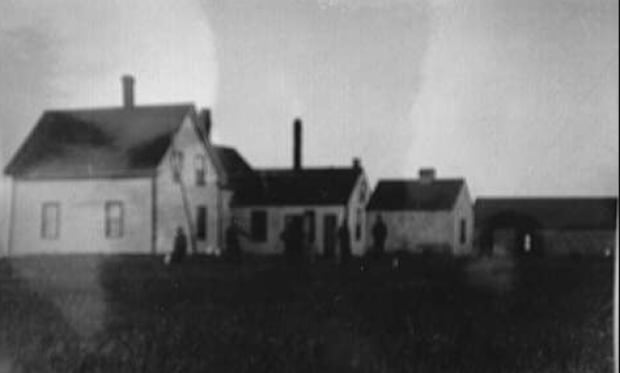 The old house built by Warren Cheney in the 19th century was abandoned in the 1950s. (Submitted by Deborah Daggett)

“They all had large families: many, many people on Grand Manan are descended from him, including myself,” said Daggett, who is related to the Cheneys on her father’s side.

“[William Cheney’s] eldest son returned to the states, and his oldest sons’ great-great-great-grandson was vice-president of the United States Dick Cheney.”

Murder in the family

Family letters indicate William Cheney was murdered on the island in the spring of 1803, according to Daggett. Despite reports that he had drowned, his bloodstained clothes and ox cart were later recovered.

He was buried with his wife and another family member in a small cemetery on the island, leading some locals to say there are ghost stories about the place.

Daggett said she and her family uncovered the overgrown graveyard in the woods during one visit in the 1990s. 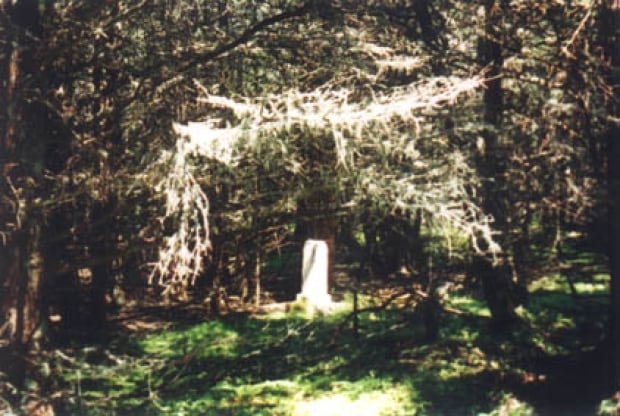 A small graveyard hidden deep in the woods on the island contains the grave of William Cheney, who was murdered there in the 19th century, according to Daggett’s research. (Submitted by Deborah Daggett)

“The only reason my sister found it buried so deep in the woods was that the sun glinted off of it,” she said.

To access the island from the mainland, visitors must first take the ferry to Grand Manan, then another ferry to White Head Island. From White Head, Daggett said, it’s a 15-minute ride on a private boat.

“It’s not for everyone,” Webster said. “You have to be OK with getting there.” While it could be possible to walk to the island from Grand Manan or White Head at low tide, “I wouldn’t do it.”

Strangely for such an isolated location in the Bay of Fundy, the island has electricity from NB Power.

“There’s some form of an easement there, where the NB Power has put an underwater cable from the main island to Cheney Island, and then it continues on to White Head Island,” Webster said.

In a hotter real estate market, Webster said, the $850,000 price tag “would be the average price of an everyday family home with no ocean views. Even compared to waterfront land on [Grand Manan] it still represents great value. You’re getting a huge amount of acreage for a great price.” 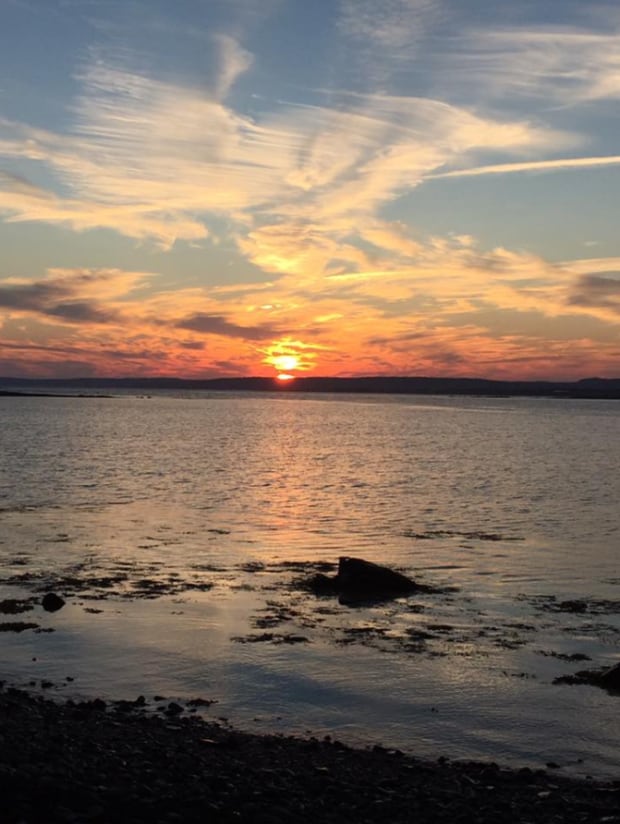 The island offers beautiful views of the sunrise and sunset, Daggett says. (Submitted by Kathy Beyea)

While small islands occasionally come up for sale off the coast of Saint Andrews and St. George, Cheney Island is a “different option” in terms of size, Webster said.

“It’s got its own ecosystem.”

Daggett hopes whoever purchases the island will appreciate its unique qualities.

“It would be wonderful,” she said, “for someone who would enjoy the peacefulness and solitude of it.”