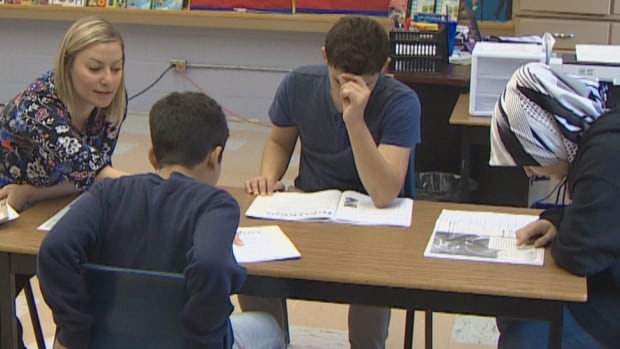 Enrolment at Hazen White-St. Francis has grown by 43 per cent since government-sponsored Syrian refugees started settling last year in the nearby Crescent Valley neighbourhood. (CBC

A school in one of Saint John’s most at-risk neighbourhoods once threatened by closure because of low enrolment has seen its population grow, thanks to an influx of Syrian students.

Enrolment at Hazen White-St. Francis (HWSF) has grown by 43 per cent since government-sponsored Syrian refugees started settling last year in the nearby Crescent Valley neighbourhood.

“We were dangerously close, I would say, to not having enough population to warrant keeping the school open,” said Paul Kelly, who’s been teaching at the school for almost two decades.

“We did stay open, thank goodness, and now we’re thriving.”

The Syrian students, from kindergarten through Grade 8, participate in all aspects of student life.

Some arrive before 8 a.m. to get breakfast.

Hussein Al-Ali, 13, said he’s made lots of friends and he’s active on all the school’s sport teams.

On Tuesday, he played on the school’s co-ed soccer team when the Huskies won the semi-finals.

“It was pretty confusing. Everything was confusing,” says Al-Ali about his arrival in New Brunswick.

“It was so hard to communicate with people and now it’s way better.”

Morning announcements in English and Arabic 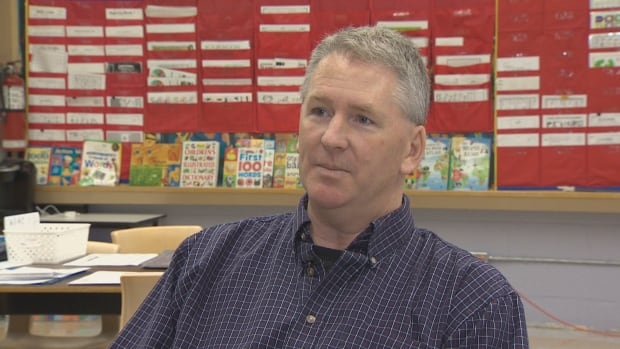 ‘We were dangerously close, I would say, to not having enough population to warrant keeping the school open,’ said Paul Kelly, who’s been teaching at HWSF for almost two decades. (CBC)

In the morning, Syrian students participate enthusiastically in singing the national anthem over the public address system.

They also volunteer to help with school announcements in English and in Arabic.

In some classrooms, almost half the students are Syrian.

“We had such a large audience and to bring everyone together to celebrate, through music and dance and food, it was such a successful evening” said vice-principal Stephanie Marr.

“You could really feel the enthusiasm through the building.”

School still not safe from closure

The Anglophone South School District is currently evaluating the future of seven inner city schools in Saint John, where enrolment has been steadily declining.

“The status quo is not an option,” said Robert Fowler, chair of the district education council.

“These schools are half-full.”

Fowler, who attended HWSF in his youth, says the Syrian influx doesn’t mean the school will be spared from an overall rationalization plan.

“The bump was great to have,” he said.  But Fowler said it would take an overall sustained pattern of growth to prompt reconsideration.

HWSF was built in 1961 and part of the school is leased from the Catholic diocese.