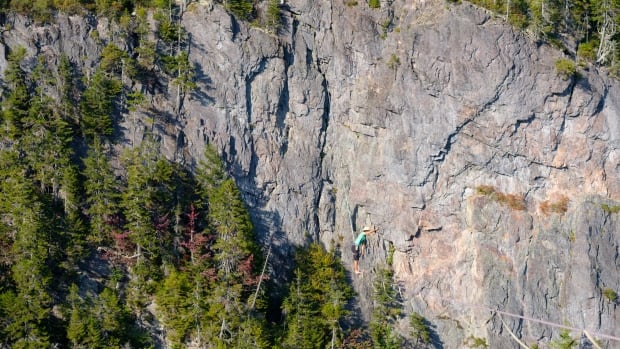 Slacklining is a sport resembling tightrope walking on a piece of thin webbing that is stretched tightly between two objects.

“You get used to being in the air on one-inch webbing that’s moving,” he said. “I must admit, it took me a while to not be afraid.”

Trudeau-Cauchon said his brother introduced him to the balancing art — and he was hooked.

He said the sport is not as well known in Atlantic Canada and he hopes to change that.

Trudeau-Cauchon said he met a New Brunswicker who told him about the beautiful Walton Glen Gorge and he knew he had to visit.

Trudeau-Cauchon said a slackliner would normally start with a short piece tied between two trees. When it’s done higher above the ground, he calls it highlining. 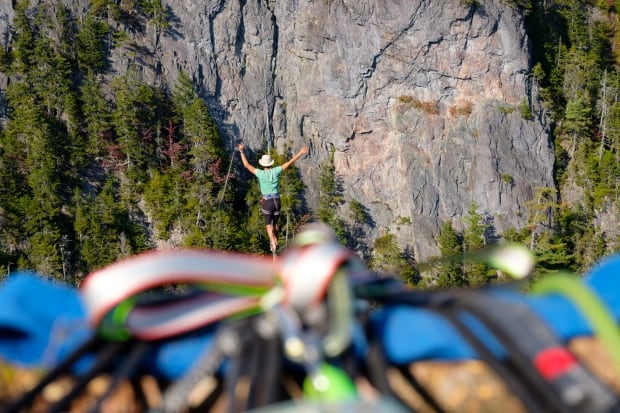 The idea is to balance on a thin line stretched tightly between two anchors, usually trees. (Karel Ledru-Mathé)

His crossing of the gorge was about 100 metres above the ground and ran about 200 metres in length. 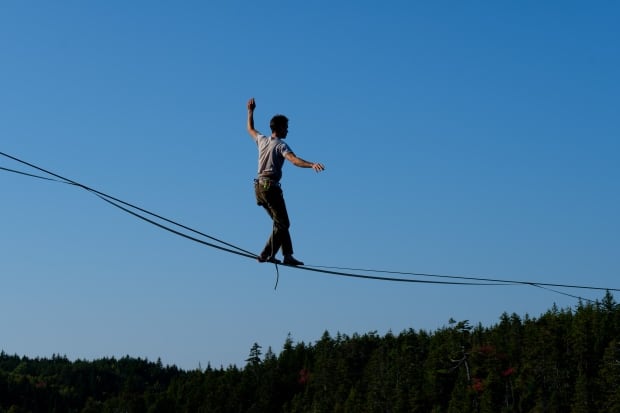 The people crossing the line are harnessed and several safety measures are in place. (Karel Ledru-Mathé)

But Trudeau-Cauchon said he doesn’t do it for thrills, he does it for meditation.

“Usually I try to stay focused,” he said. “We’re attached.”

He said slacklining requires a calm mind. Trudeau-Cauchon said he cannot allow his mind to be overwhelmed when he is suspended in the air as it could lead to accidents.

There are typically always several safety measures in place in case something goes wrong. 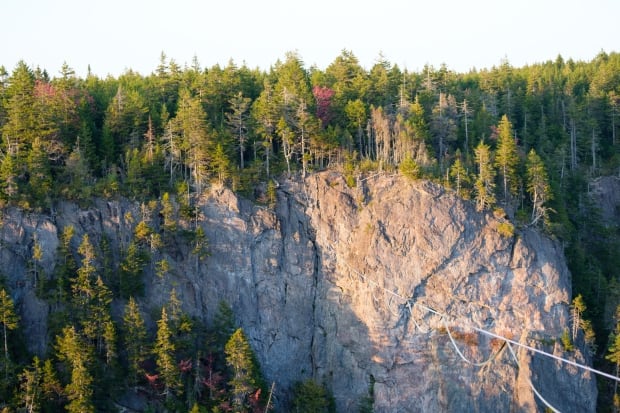 Trudeau-Cauchon said anyone who wants to start slacklining should be sure to get proper training.

With files from Shift NB