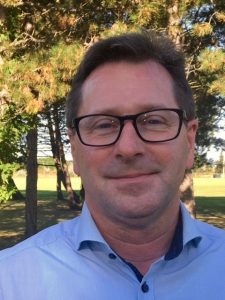 Enterprise Saint John is excited to announce that Ron Gaudet has been chosen to lead the regional economic agency as it continues to pursue job creation and innovation in our region.

“I am delighted to have the opportunity to return to New Brunswick and to work with the excellent Staff, Board and Community Partners of Enterprise Saint John. The Saint John region is a critically important part of the Province’s economic fabric. I am thrilled to build on that heritage while focusing on an exciting, relevant and robust economic future that supports an outstanding way of living,” says Ron Gaudet.

Gaudet has spent the last seven years leading a number of economic development agencies including Windsor- Essex, Region of Waterloo and has done project work with several Ontario communities including the City of Guelph, West Lincoln and Huron County.  He also served as a special advisor on Innovation Strategies for the University of Windsor’s, Innovation Centre and Industrial Courtyard. He is originally from New Brunswick and prior to his move to Ontario, he was the President and CEO of the Greater Moncton Economic Development Corporation (GMEC), and served as Vice President – Advancement at Crandall University.

In June, a hiring committee was created made up of ESJ board members and the Chair of the Regional Oversight Committee (ROC), City of Saint John Mayor, Don Darling.  Gaudet was chosen after a lengthy search, with more than 50 candidates applying from multiple provinces and the United States.

The ESJ staff and board are grateful to current CEO, Steve Carson, for his leadership and guidance with the organization for over 20 years. He begins his role with the City of Saint John as Director of Strategic Real Estate in October, but will be available to help support the transition process with Mr. Gaudet.

Ron is expected to begin his new role as Enterprise Saint John’s, CEO on November 1, 2017.