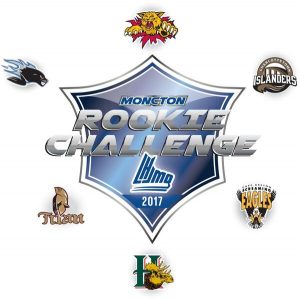 Tickets on sale now for the 2017 QMJHL Rookie Challenge!

The Moncton Wildcats are looking forward to welcoming all of the players and parents to Moncton from August 18th-20st for this inaugural event. All six Maritime Division QMJHL teams will be competing in this three day tournament; the Sea Dogs, Wildcats, Halifax Mooseheads, Acadie-Bathurst Titan, Charlottetown Islanders and Cape Breton Screaming Eagles.

Each team will play three games, one per day with the championship being on Sunday. The tournament will be held at the Superior Propane Centre in Moncton. This tournament will feature rookie players mainly from the 2016 and 2017 draft classes as they compete against the best from the other divisional teams.

Tickets for this event are now on sale at the Wildcats Business Office. To order yours, stop by the office at 377 Killam Drive, Moncton, or call us at (506) 382-5555. There are tournament passes for sale, which include all 9 games. The other option is a day pass which will grant you access to the three games played that day.