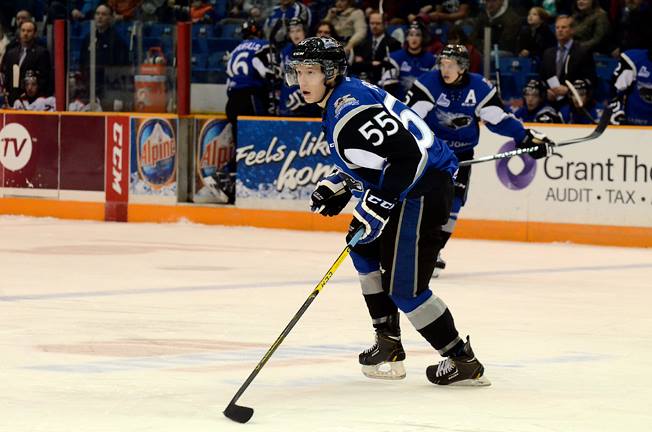 Two Saint John Sea Dogs are ranked as potential selections in the 2016 National Hockey League Draft in the January edition of “Craig’s List.”

TSN Director of Scouting and ex-NHL general manager Craig Button updated his list of the top 100 prospects, and it includes defencemen Luke Green and Oliver Felixson.

Green, who recently turned 18, is the top-ranked Sea Dog at 38th.

The native of Hammonds Plains, Nova Scotia, has eight goals, 22 points and a +11 rating in 37 games this season. He is tied for 19th in defenceman scoring in the QMJHL.

The product of Helsinki, Finland is in his first season with the Sea Dogs. He has one goal, four points and a +4 rating in 32 games this season.

The 2016 NHL Draft is scheduled for June 24-25 at First Niagara Center in Buffalo, New York.