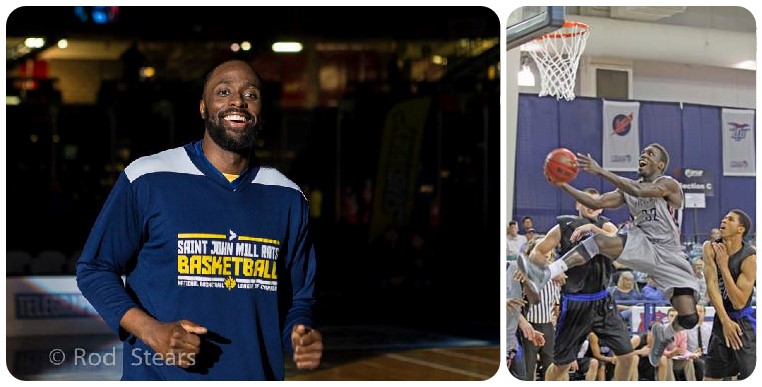 The Saint John Mill Rats are thrilled to announce the addition of two French Canadians to the roster: returning 6’8 power forward Jean-Richard “Ricky” Volcy, and 6’4 shooting guard Robinson Odoch-Opong.
Volcy arrived in January last season and played a pivotal role for the Mill Rats finishing with a 13-4 record over the final two months. He averaged 9.7 points, 4.6 rebounds, and 2.4 assists per game during that stretch, including 26 in a play-off game against the Island Storm.
“Ricky is a great frontcourt player who can play multiple positions with his versatility,” said Mill Rats Head Coach Rob Spon. “He not only played for the Mill Rats last season but he’s played for me in the past so I’m looking forward to having him.”
Robinson Odoch-Opong is relative unknown in basketball circles coming from Quebec City, but played his college basketball in the US at Rogers State.
“Robinson was referred to me by Samuel Audet Sow who was an All Star with the Quebec Kebs years ago. I took a look at him and he can certainly shoot it very well and has great size for a guard,” explained Mill Rats General Manager Ian McCarthy.
Odoch-Opong averaged 14.8 points, 5.0 rebounds, and 1.6 steals per game at Rogers State (NCAA D2) in 2013-14 while shooting 40% from behind the arc.
Season tickets are on sale at the Harbour Station Box Office or by calling 506-657-1234 or by visiting www.harbourstation.ca
← New approach to naming government buildings, parks and roadways being explored
Chatting with a few Saint John innovators →