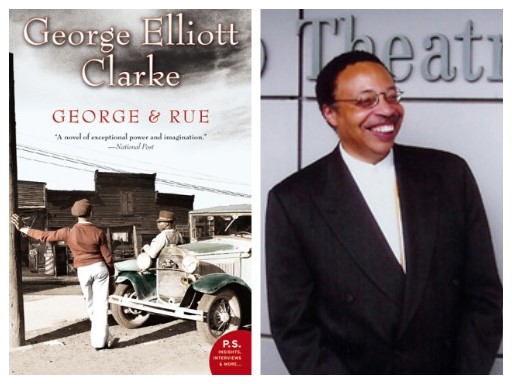 UNB is holding the third annual One Campus One Book One Community (OCOBOC) on the Saint John campus Wednesday and Thursday November 4th and 5th.

The purpose of OCOBOC is to provide a common experience for all first-year students and to strengthen the sense of community and academic atmosphere from the first day students arrive at UNB Saint John.

The book selected is George & Rue by George Elliott Clarke, a well-known poet, playwright and professor of English at the University of Toronto, who became Toronto’s fourth Poet Laureate in 2012.

By all accounts, the bludgeoning murder in 1949 of a taxi driver by brothers George and Rufus Hamilton was a “slug-ugly” crime. George and Rue were hanged for it. Repelled and intrigued by his ancestral cousins’ deeds, George Elliott Clarke uncovered a story of violence, poverty and shame—a story that led first to the Governor General’s Award for his book Execution Poems.

Named an editor’s choice by The Bookseller in the UK, George & Rue is a book about death that brims with fierce vitality and the sensual, rhythmic beauty that so often defines Clarke’s writing.

George Elliott Clarke will be on the Saint John campus, and in the community, for students, faculty, staff and current fans to meet, to have books autographed and discuss the book.

For more information and the full schedule of events visit the OCOBOC web page.

3 Responses to UNB Saint John: One Campus, One Book, One Community 2015